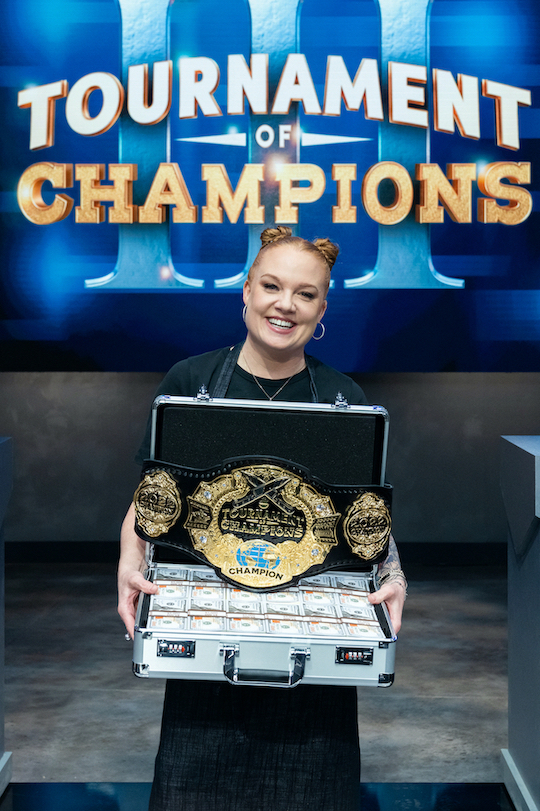 After weeks of dominating the wild ingredient combinations from the randomizer and going head-to-head with some of the most talented heavy hitters in the culinary world, Faison won the final round of the difficult and unpredictable culinary competition.

Throughout the action-packed, sports-like tournament, host and executive producer Guy Fieri put the culinary skills of 32 of the nation’s most celebrated chefs to the test in an East Coast vs. West Coast bracket-style, single-elimination competition. Adding to the intensity of the chefs not knowing who they would face in each round, or what cooking challenges they would tackle from the “Randomizer,” dishes were judged by culinary experts in blind tastings as the competitors watched their critiques from backstage.

Heading into the finale, “Tournament of Champions III” has reached nearly 10 million P2+ viewers, and has been the highest-rated series on Food Network to date in 2022 – on track to finish as the series’ highest rated ever among W25-54, P18+ and W18+. The series is also one of Food Network’s most-social series ever, with a top social ranking at No. 2, and the finale trending on Twitter. Plus, the series earned more than 50 million social impressions and more than 20 million video views across platforms.

“This season delivered even bigger competition with more talented chefs and more intense culinary battles. Audiences were captivated by the unpredictable nature of this competition featuring the most spectacular culinary skill in the world,” said Courtney White, president of Food Network and streaming food content, Warner Bros. Discovery.

The pressure was on and emotions were high in Sunday night’s final cooking battle as Faison, who entered the tournament as third seed in her region, faced-off against No. 1 seed Williamson. The level of difficulty of the “Randomizer” was pumped up for the final battle and dictated that the two chefs had to use rabbit, nattō (Japanese fermented soybeans), an antigriddle to cook with, and they had to prepare one ingredient (rabbit) three different ways in only 60 minutes.

After racing around the kitchen to prepare their dishes for the judges, Faison and Williamson watched the deliberation backstage. With a close two-point difference, Faison’s dishes – a salt and pepper fried rabbit leg on a sweet potato and nattō puree, skewered rabbit loin tataki with a yuzu and sesame dressing, and rabbit saddle kaprow with crispy nattō – won “Tournament of Champions III.” She earned bragging rights, the sought-after championship belt, and the largest cash prize in Food Network history.

” ‘Tournament of Champions’ is the hardest, most challenging cooking competition in the world,” Faison said. “It takes every ounce of knowledge, experience, grit and fight you have to succeed. I learned more about myself with every battle, and I learned more how deeply talented the other warriors in this tournament are. Every week is a test that requires your whole heart to show up and then takes your breath away. Winning has been one of the most affirming and rewarding experiences of my life. It is the literal culmination of the work, commitment and dedication I’ve invested in my career. I’m so deeply grateful for this opportunity. This is magic.”

Fans can relive the surprising moments of the competition, including all the upsets and victories from the season, on discovery+, and by following #TournamentofChampions on social media. 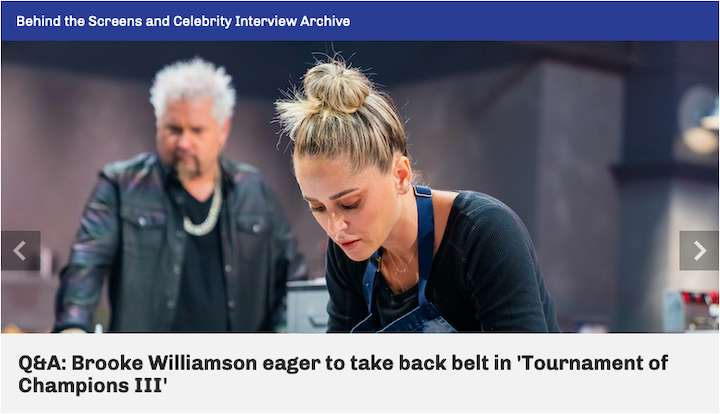