In a year when thousands of restaurants have closed and many more are struggling to hang on, Bar Bombón in Philadelphia currently is enjoying sales 5% to 10% above last year’s levels.

It’s a far cry from March when the mayor said all restaurants had to close to slow the spread of COVID-19.

“It was like a gauntlet came down,” says Bar Bombón owner Nicole Marquis recalling the announcement. Her full-service vegan restaurant offers plant-based Latin American favorites such as tacos and empanadas.

With Bar Bombón restricted to takeout and delivery orders, sales fell by the end of March to 10% of normal revenue levels. Yet, remarkably the restaurant is currently exceeding last year’s revenue, despite the fact that indoor dining just began in Philadelphia at 25% capacity in early September. 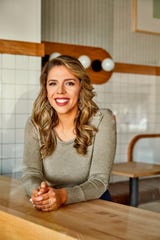 Nicole Marquis managed to increase sales at her restaurant during the COVID-19 pandemic. (Photo: Jason Varney)

Though the last few months have been among the most challenging of her career, Marquis has proven that restaurants can survive and even thrive amid the pandemic.

A battle for survival

Few industries have been as ravaged by the pandemic as the restaurant industry. According to Yelp’s Local Economic Income Report from September 2020, there were 32,109 restaurant closures as of August 31. Of those closures, 61%, or 19,590 closings, were permanent.

With indoor dining suspended and stay-at-home orders in effect, furloughs were unavoidable. “We had around 270 employees before the pandemic and we went down to 35,” she says.

Determined to make it through the crisis, “I went into war mode,” says Marquis.

She joined forces with other local restaurateurs to launch SavePhillyRestaurants, a collaboration that called on local officials to implement industry-friendly initiatives such as street closures to accommodate outdoor dining.  One result of that effort was the loosening of restrictions on alcohol sales, which allowed Bar Bombón to sell cocktails-to-go – a hit with local customers.

The restaurant also rapidly built up its online infrastructure to take delivery orders, which were non-existent before the pandemic. 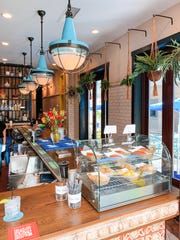 Once outdoor dining was allowed in June, Marquis converted the alley next to Bar Bombón for outdoor seating, adding 50 seats.

Little by little, with the help of the federal government’s Paycheck Protection Program, Marquis has been able to bring back much of her staff. At last count, the company had 160 employees and Bar Bombón was back to full staff levels.

Now that the days are getting cooler, Marquis says space heaters have been set up outside of Bar Bombón and the restaurant is preparing to launch a “Warm Up” cocktail menu, in which drinks will be served in thermoses and come with a keepsake blanket for those who want to keep warm while enjoying their meals.

Bar Bombón is not alone in looking to space heaters to expand the outdoor dining season. Heat lamps have been increasingly in demand for socializing outdoors throughout the fall, according to Alice Lee, a spokesperson for home improvement chain Lowe’s.

Marquis says she’s confident that Bar Bombón and her other restaurants will weather the storm. “We’re not out of the woods yet, but we are seeing some incredible successes so far.”

Here are more ways restaurateurs can prepare for the months ahead:

Publicize your cleaning and disinfecting strategy.  Reassuring customers of their safety in your establishment is paramount. “If you’re going into a restaurant and you know that it’s been professionally cleaned and treated, you’re going to feel more at ease,” says James Michel, a senior estimator with Bio Recovery, a nationwide specialized biohazard cleanup company based in Patchogue, New York. Bio Recovery has experienced an uptick in business from restaurants throughout the pandemic.

Optimize your website for delivery. Relay, a company that acts as a back-end delivery service for restaurants, started hearing from eateries that had never contemplated offering delivery services before. Delivery capability gives you a wider net to draw from, says Relay co-founder and CEO Alex Blum.  “A small restaurant with 60 seats operating at 25% capacity can only have 15 people in the restaurant at any given time. With delivery capability, you can reach literally hundreds of thousands of customers.”

Consider menu adjustments. If you’re switching from full-service operations to delivery or takeout, remember that food being delivered is often sitting 20-30 minutes after it was initially prepared, says Mark Moeller, owner of Westport, Connecticut-based restaurant consulting business The Recipe of Success. Some recipes might break down or lose quality in that time period. “You have to make sure that your menu items really travel well,” Moeller says.

Explore ghost concepts. Ghost kitchens are dining establishments that only prepare meals for delivery or takeout. When Tulsa, Oklahoma-based McNellie’s Group rented out an event center they were no longer using because of the pandemic, “we were left with a fully-built, catering kitchen,” says founder & CEO Elliot Nelson. They turned the kitchen into a Chinese food take-out called Ghost Dragon Express that launched September 17. With early volume four times greater than the company expected, “it’s a good business model for now, and I think it will last,” says Ben Alexander, vice president of culinary operations.