SRINAGAR, India — On Srinagar’s Boulevard Road, visitors heading for the shore of the city’s scenic Dal Lake could easily miss Lhasa, but for the pagoda-style roof and wooden facade that mark its Tibetan heritage. Inside, Chinese paper lanterns cast a red gleam over framed portraits of the Tibetan city from which this popular restaurant gets its name.

The Tibetan exterior and decoration is no accident. When Abdul Rehman Zareif opened Lhasa in 1976, his motivation was partly to help to preserve the culture of Tibet, which he had been forced to flee after a failed uprising against Chinese rule in 1959.

“My father was deeply attached to the food of his original homeland in Tibet,” says Ahmad Zareif, one of Rehman Zareif’s sons, who now runs the restaurant with two other siblings. “Tibetan food reminded my father of his village, his family and his childhood. This restaurant helped him relish those joyous memories.”

Rehman Zareif was one of thousands of Tibetans refugees who crossed the Chinese border to settle in the former Indian state of Jammu and Kashmir — now split into two union territories administered by the Indian government. The refugees included the Dalai Lama, the spiritual leader of Tibet’s majority Buddhist population, and some members of the small Muslim population, including Rehman Zareif.

For these displaced Tibetans, food preferences run deep. “Is there any nostalgia more powerful than an exile’s passion for food of home,” sighs one Tibetan customer at Lhasa. “Every bite conjures up memories of our native land: the climate, the markets, the returns home at dusk, the cooking with family members talking in the background, the gatherings round the table, and the feelings of nourishment.” Opened in Srinagar in 1976 by a Tibetan refugee, Lhasa was a popular eatery before COVID-19 restrictions forced its owner to pull down the shutters. (Photo by Minaam Shah)

“Most of our regular customers are local Kashmiris. They are very fond of Tibetan food,” Ahmad Zareif said. “Over the years, we have been accepted as a very integral part of the Kashmiri society as if we were their own. In today’s world, where there are ethnic conflicts everywhere, Kashmir is different.”

The limits of this social bond were severely tested in 2019 when the Indian government stripped Kashmir of its autonomy — one effect of which was to raise the possibility of the removal of a bar on land purchases by nonnatives. For Kashmiris, this reignited an old, primal fear of being outnumbered by a tidal wave of outsiders wanting to settle in the region. 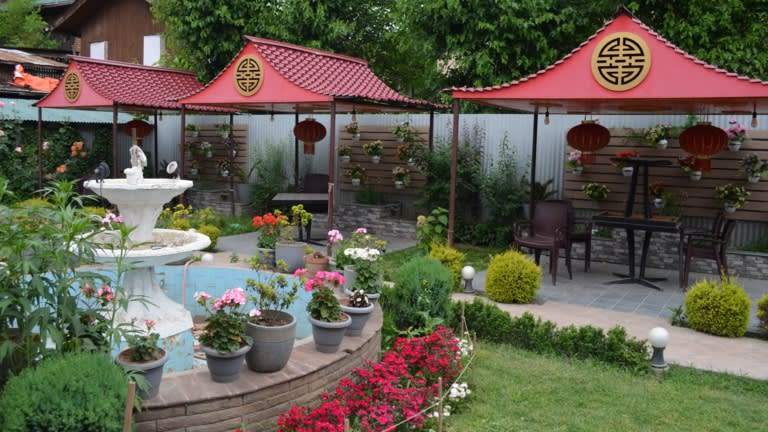 As news of the revocation of statehood spread, there were attacks on nonlocals by Kashmiri militant groups, and many nonlocal laborers were forced to leave. But Tibetans were an exception.

“No one was even touched,” says Ahmad Zareif. “In over 50 years, we have never faced any harassment. And even after the events of 2019, there was not even a single instance of any intimidation, not even a sporadic accident.”

However the chaos orchestrated by New Delhi did come with economic costs. To curb any potential protests, Indian authorities imposed a strict lockdown and shut down all lines of communications including internet for months in Kashmir. Then just as those restrictions began easing in February, COVID-19 struck, forcing a new wave of closures. This was a particularly tough phase for Zareif. Being forced to suspend business for nearly 600 days has pushed his restaurant business into free fall, he says. “I had to pay staff from my own pocket and also look after the maintenance of the restaurant. It was a very tough time.”

Disaster struck again, just as things were limping back to normal, when India was hit by a second and far more deadly wave of COVID-19 in April. Since then, like so much on Boulevard Road, the sleaze and entertainment center of Srinagar, Lhasa has been firmly shuttered, the metal grills and padlocks of many businesses rusted down to their fixtures, leaving only the carcass of a tourism industry ravaged by lockdowns. Layers of dust have settled over haphazard stacks of furniture at Lhasa. With no signs of a reopening in sight, Boulevard Road looks like a ghost town. (Photo by Minaam Shah)

About 90% of Tibetan exiles in Kashmir live in Srinagar, mainly in a small area near the 18th-century Hari Parbat Fort. Confined within two arched entrances, this busy locality includes a Tibetan school — where the Dalai Lama gave a speech in 2012 — a maze of Tibetan hamlets, and a dozen or so food shops selling momos — Tibetan beef dumplings — which have mushroomed in recent years.

The most popular momo shop — especially with young people enjoying school breaks or resting after cricket matches — is run by Zakir, 45, who spends a lot of his time dodging or ignoring questions from customers about Chinese military aggression on the borders of nearby Ladakh — the other Indian union territory created from Jammu and Kashmir in 2019.

In Tibet tradition, momos were served only on special occasions such as Losar, the Tibetan New Year, because wheat was even scarcer than meat. “Finding the ingredients was not so easy, but when [they] finally got them, the whole family would participate in cooking as if it was some sort of a ritual,” says Zakir. 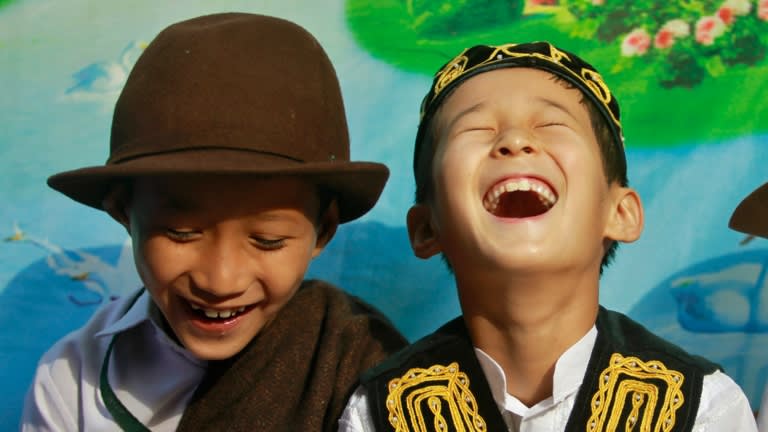 Children of Tibetan Muslims living in exile in Kashmir wait for the arrival of the Tibetan spiritual leader the Dalai Lama at their school in Srinagar in July 2012.

In Kashmir, however, momos have become widely popular and easily available — in part due to the local abundance of wheat and in part because they help to preserve cultural links with the community’s homeland.

“In the conditions of exile existence, maintaining the cultural cooking customs of home is treated as a matter of upholding a bond with one’s ancestral land, and passing down recipes … is a proof that cultural memory is kept alive through everyday practice,” says Ibrahim Wani, a professor at the Institute of Kashmir Studies at the Srinagar-based University of Kashmir.

Most Tibetan households in Kashmir have a small wooden dowel reserved for rolling out the thin rounds of dough need for the moon-shaped momos. However, the dumplings’ increasing popularity among native Kashmiris illustrates a trend toward assimilation of the Tibetan community that worries some older Tibetans. 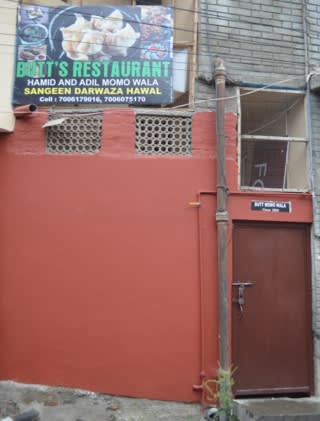 The many momo restaurants in Srinagar are closed and deserted. (Photo by Minaam Shah)

Zakir says he and his family were “both excited and nervous,” when they opened their restaurant in 2005. “The excitement was because we were resurrecting our culture and inviting the locals to be a part of it. But we were equally anxious [to see whether] Kashmiris would accept this new cuisine.”

Initially, the business struggled. “Not many people knew about our cultural food then,” he says. “And also because we were outsiders.” Then Zakir learned how to make it work: speaking the Kashmiri language. This made his Kashmiri customers feel at home, and he now sells hundreds of plates of momos every day.

“Momos have become the national snack of Kashmiris,” Zakir jokes, adding that his entrepreneurial success captures both the Tibetan community’s longing for home and its gradual acceptance of Kashmiri culture. “You see,” he says, “whatever we do, the fact is we cannot escape assimilation. Slowly and steadily it will happen.”

Young Tibetans in particular appear to have given up hope of a return to Chinese-ruled Tibet, the land their parents or grandparents left, and are increasingly expressing this sentiment in their adoption of Kashmiri dress and language.

“We are going to live in Kashmir forever, and this is a reality,” says Zakir. “Look at the next generation. They don’t even know about their exile. They may be Tibetan in color and blood, but [they are] Kashmiri in habits, language and in taste.”