Hungry? 27 new restaurants that opened in June 2021 in Dallas-Fort Worth

After more than a year of restaurants pivoting, struggling and failing, the CEO of the Texas Restaurant Association says restaurant openings are accelerating in all parts of the state. We’ll take the good news.

In Dallas-Fort Worth, a flurry of new restaurants have opened in June 2021 alone. Here’s a look 27 newcomers:

Restaurants are listed in order of when they opened, starting with the most recent.

The AT&T Discovery District’s food hall, The Exchange, officially opens June 25 — though a few restaurants opened and operated during the pandemic. The food hall is part of a massive redevelopment of the AT&T campus in downtown Dallas, which includes some 20 bars and restaurants and an open-to-the-public plaza. Inside the food hall, a bar called Double Tap will serve beer, wine and cocktails — all on draft. Food Network chef-lebrity Amanda Freitag co-operates a breakfast and coffee spot called Rise & Thyme, and upstairs, a brasserie and a Japanese restaurant have opened. The food hall is full of new food stands from local restaurateurs:

Shoyo, a Japanese restaurant on Greenville Avenue in Dallas, is one of the most exciting new restaurants to open all year. Chef-founder Jimmy Park joins executive chef Shinichiro Kondo, who spent several decades working at Nobu, to create a surprising and exciting tasting menu centering around raw fish dishes. Shoyo opens June 22. Shoyo is at 1916 Greenville Ave., Dallas. 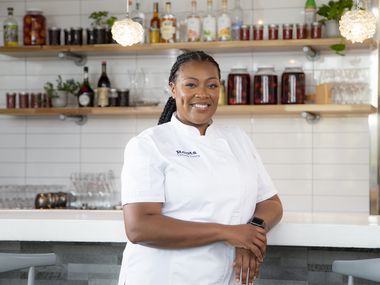 A “globally-inspired cocktail lounge” named Atlas opened in Dallas’ Bishop Arts District on June 17. The cocktail menu takes inspiration from many of the places operator Dan Bui has traveled. It’ll offer foodies in Bishop Arts a place to go after dinner for a nightcap. Atlas is at 408 N. Bishop Ave., Dallas.

Salad and Go is moving into D-FW in a big way. The first Dallas drive-through opened June 16, after one debuted in Plano a few weeks earlier. At Salad and Go, every salad is $5.74 and comes with the option of chicken and tofu. All drinks are $1. “We don’t call ourselves a restaurant,” CFO Brian Roberts tells me. And it doesn’t feel like one: It’s the fastest drive-through kiosk I’ve ever seen, with very low prices. Salad and Go is at 5101 Ross Ave. (near Greenville Avenue), Dallas. A kiosk at 1400 Coit Road, Plano, is already open. Other shops are expected to open this year in North Texas at: 850 E. Campbell Road (near Greenville Avenue), Richardson; 14909 Coit Road (near Belt Line Road), Dallas; and 3400 Hulen St. (near Interstate 30), Fort Worth. 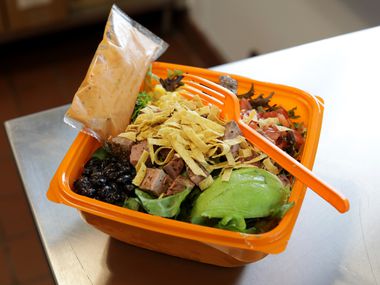 Revolver Taco Lounge made the march back into Fort Worth when it opened in Sundance Square recently. (Owner Regino Rojas had been making excellent Michoacán food for years in Cowtown before he left in 2017.) In the company’s past decade, Rojas’ food has been featured on Andrew Zimmern’s show Bizarre Foods America, and he was named a James Beard semifinalist three times. We called the Fort Worth opening “a coming-home story for one of Texas’ best taquerias.” Revolver Taco Lounge is at 2418 Forest Park Blvd., Fort Worth. 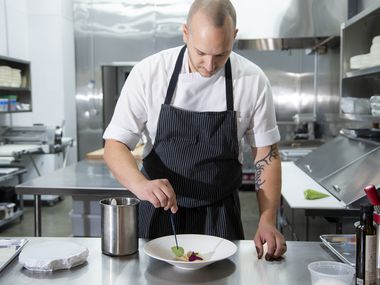 Torchy’s Tacos’ first restaurant in Frisco opened June 16, reports Brandi Addison. It’s part of a plan to expand Torchy’s to more of D-FW’s suburbs. This month’s special taco is the Texas hottie: a hot chicken tender with cayenne sauce, slaw and chow-chow, cooled down with honey and cotija cheese. Torchy’s Tacos is at 2947 Preston Road (in the Shops at Stonebriar), Frisco. 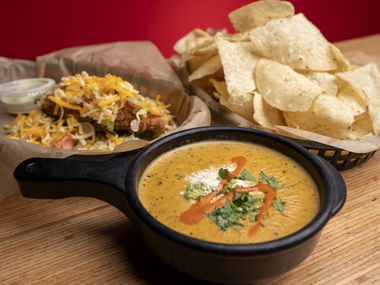 La Onda, a Latin seafood restaurant, opened in Fort Worth on June 15. It comes from chef Victor Villarreal, who worked in fine-dining kitchens like the Mansion in Dallas and Grace Restaurant in Fort Worth, according to PaperCity. The initial menu calls for clams and chorizo, a weekly ceviche dish, and a “sharkcuterie” board with caviar and smoked seafood. La Onda is at 2905 Race St., Fort Worth.

Wicked Bold Kitchen in Flower Mound is setting itself apart in two ways: First, it’s a vegan restaurant, and second, it’s a “sober bar” that serves non-alcoholic cocktails. “We want to show that you can still go out and feel good after,” the co-owner tells food editor Erin Booke. It opened June 12. Wicked Bold Kitchen is at 3343 Long Prairie Road, Flower Mound.

D-FW’s fastest growing coffee company, White Rhino, opened in Fort Worth’s Near Southside neighborhood on June 11. The teal-and-white themed shops have grown to nearly 10 open or coming-soon locations in the region. White Rhinos tend to have a cozy interior — great for working remotely or a meet-up with friends — and sell a breakfast and lunch menu of tacos, sandwiches, flatbreads and build-your-own salads. White Rhino is at 1217 8th Ave., Fort Worth.

Vegan cinnamon roll chain Cinnaholic opened in Frisco on June 11. The company got famous from Shark Tank. Cinnaholic is at 6975 Lebanon Road, Frisco.

A back-door dessert concept in Deep Ellum called Shaved Balls of Ice opened June 4. You have to know what you’re looking for, because the ordering window is hidden behind a fence located near Main Street, between Jeni’s Splendid Ice Creams and Merit Coffee. If the photos are any indication, these ice-cold treats are worth the hunt. Shaved Balls of Ice is at 2644 Elm St., Dallas.

Wild Fork Foods — the only grocery store on this list — opened in Frisco on June 4. According to reporter Chloe Bennett, the company sells frozen meat and seafood, available for delivery or pickup. Wild Fork Foods is at 4770 W. Eldorado Parkway, Frisco.

Urban Seafood Company opened June 3 in downtown Plano. It’s part of a family of restaurants that includes Urban Rio and Urban Crust. All three are within walking distance. Urban Seafood is at 1104 14th St., Plano.

A car-themed restaurant named Derby opened June 2 in Dallas. The restaurant is located inside a warehouse-sized garage, where car enthusiasts can work on their cars or talk shop with other gearheads. The menu includes venison corn dogs; a Derby burger topped with American or pimento cheese; carbonara with kale and bacon and more. On weekends, the restaurant serves brunch. Derby is inside The Shop, at 9100 John W. Carpenter Freeway, Dallas. 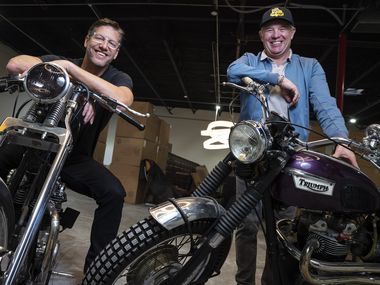 Italian restaurant Il Modo opened June 2 in downtown Fort Worth. A private dining room is located inside the pasta-making room — fun for some dinner theater. Il Modo is the ground-floor restaurant at the new Kimpton hotel. Il Modo is at 714 Main St., Fort Worth.

Texas-themed restaurant Haywire opened its handsome dining room in Uptown on June 1. The original is in Plano’s Legacy West. This restaurant feels like the kind of place you should take out-of-towners: There’s a longhorn on the wall, a giant bar serving Old Fashioneds, and a menu of elk tacos, Texas Gulf oysters and tons of steaks. Haywire is at 1920 McKinney Ave., Dallas.