To say that Boston’s vibrant, ever-changing Chinatown has experienced hardships in the past couple of years is an understatement. In the early months of the pandemic, the neighborhood was the first to experience a rapid decline in clientele. Chinatown’s narrow streets prevented it from taking advantage of outdoor dining in a way that other neighborhoods had been able to, and a series of closures, including New Saigon Sandwich and China King, have considerably changed its landscape.

But the neighborhood is also incredibly resilient, and some of the city’s best meals can still be had here, at restaurants that shine a spotlight on fiery Szechuan noodles, sushi, hot pot, dim sum, bánh mì, pho, and more. Craving

Buddy Valastro, star of the TLC series “Cake Boss” and operator of Buddy V’s Ristorante, Carlo’s Bakery and PizzaCake on the Strip, announced Wednesday that he’ll open Boss Cafe early next year at The Linq. The cafe, with fare inspired by the neighborhood delis and markets in New York and New Jersey familiar to Valastro and his family, will serve fresh breads, Italian sandwiches, pizzas, a mozzarella bar with the cheese made in-house, sweets and pastries.

El Luchador Mexican Kitchen + Cantina has opened a second location, at 375 N. Stephanie St., at the corner of Warm Springs Road, in Henderson. Open daily for lunch, happy hour and dinner, it serves dishes such as tableside guacamole with house-made tortilla chips, the Triple Threat Chimichanga and taco varieties such as camaron chicharron, surf and turf and carnitas ala mandarin. Hours

A Chinese American man from Los Angeles is making headlines after eating at nearly 8,000 Chinese restaurants and documenting each one.

How he did it: David R. Chan, 72, started his gastronomic odyssey in the 1960s during an influx of Chinese immigration in the country. Since then, he has collected a long list of businesses he has sampled, along with their menus.

Depending on which set of statistics you look at, Chinese food is either the most popular restaurant cuisine in the U.S. or in second place. That includes high style fusion places, down home eateries, and take-out counters all lumped into the one category, but one statistic proves the appeal. There are more Chinese restaurants in the United States than all of the McDonald’s, KFCs, Pizza Huts, Taco Bells and Wendy’s combined. 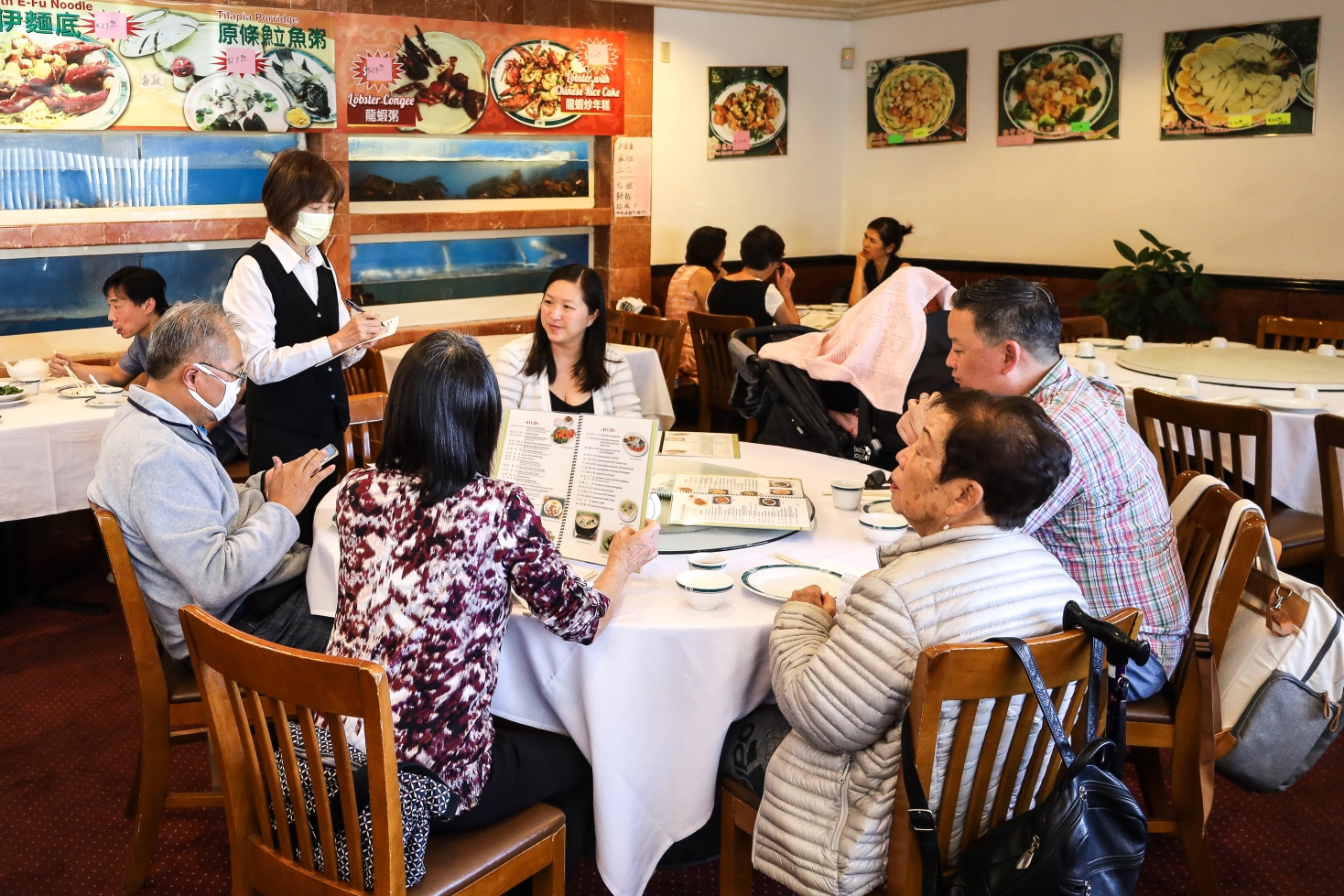 Seashore Chinese has clung to its traditional look since opening in the late 1980s. Photo by Kevin Cody

Seashore Chinese Restaurant on Calle Mayor in Torrance opened in the late ‘80s. Rather than ornate Chinese scrolls and paintings, Seashore’s  decorations lean toward pictures of food, postings of daily specials in Chinese, and fish tanks, both decorative and functional. (At least I think the ones by the door are decorative, because they have the same pretty tropical fish in them